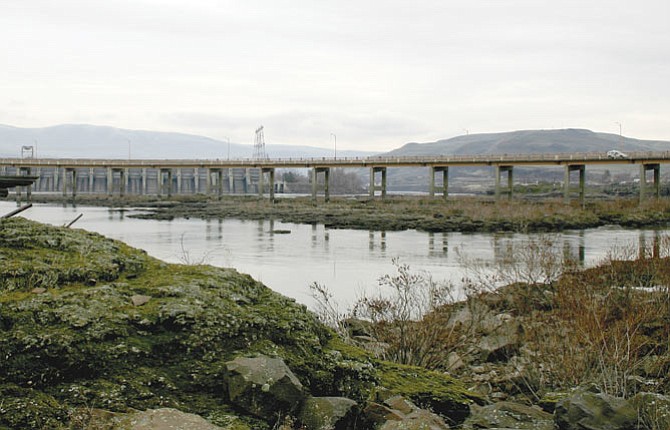 Photo by Kathy Ursprung
THE U.S. ARMY Corps of Engineers will close the Lone Pine Islands to public access beginning March 1 due to hazardous current conditions.

PORTLAND – The U.S. Army Corps of Engineers will close all but the southwestern most extent of the Lone Pine Islands, located directly downstream of The Dalles Lock and Dam, to public access.

The closure will coincide with the current downstream Boat Restriction Zone for The Dalles Lock and Dam. The Corps is taking these measures due to numerous public safety hazards.

Effective March 1, major portions of the two islands located in the Columbia River near the Highway 197 Bridge at The Dalles will be restricted areas and park rangers will enforce this as such under Title 36 of the Code of Federal Regulations.

“Public safety is a top priority here at The Dalles Lock and Dam,” said Kelly Thomas, natural resource manager for The Dalles Lock and Dam. “This site poses potential risks due to hazards that include strong currents, high winds, frigid water temperatures, sudden changes in spill patterns and river flows from water released from the dam.”

Recreational use has increased over the years, with boaters and anglers accessing the islands to fish. Last year a young man drowned attempting to swim to the islands. He overestimated his swimming skills and underestimated the swift currents and cold water temperatures, Thomas said.

“There is no warning system currently in place to notify the public of dangerous changes in the water flows necessary to maintain fish passage and power operations at the dam. In addition, a timely rescue is nearly impossible due to the location and limited resources.” For these reasons, the Corps is asking the public to respect the restriction and not trespass, Thomas added.

Restricted Area signs will be posted on the downstream side of the Highway 197 Bridge pillars starting Feb. 26. The closure will not affect fishing along the shoreline, in accordance with Oregon State fishing regulations.

Title 36 (36 CFR § 327) of the Code of Federal Regulations gives the Corps authority to enforce federal regulations.

For more information or questions about Corps recreation areas and activities at The Dalles Lock and Dam on the Columbia River, please contact The Dalles Dam ranger office at 541-506-7857 or visit http://www.nwp.usace.army.mil/Missions/Recreation.aspx