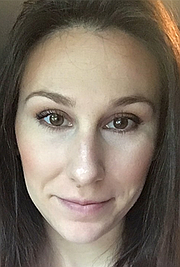 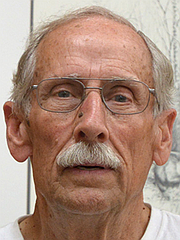 City of The Dalles Incumbent Russ Brown, a retired contractor, has been challenged for the Position 3 council seat by Tiffany Prince, executive assistant to the president and board of education at Columbia Gorge Community College. Both candidates were presented with six questions and asked to respond in their own words, with a limit of 200 words per question.

1. On a scale of one to 10, how would you rate the job done by the seated city council over the past six years, and why?

Russ Brown: “I believe that anyone who is willing to take the time to run for council and try to make The Dalles a better place to live and work deserves a 10, even if I don’t agree with their views.”

Tiffany Prince: “To rate the performance done by the previous city council would serve no useful purpose; as I am not here to discuss the past, but to talk about the future and what needs and wants are best for the city moving forward. That being said, I do fully respect each council member for giving their time to serve our city. They were not paid and they did give their good faith efforts to help the city. We may disagree with some of their decisions, but they did step up to serve.”

2. How do you define the role of an elected official?

Russ Brown: “We help create policies and ordinances that will make our city a better place to live in the future, or we hope so.”

Tiffany Prince: “An elected official is more than someone who holds office, it also means to serve the will of the people whom voted for you and exercising use of authority. However, in some cases it is more complicated than just that, and requires due process in complex issues. A quote by Oliver Holmes Jr., jurist of the Supreme Court of the United States, which I hope to personify if elected to serve this city, says ‘Greatness is not in where we stand, but in what direction we are moving. We must sail sometimes with the wind, and sometimes against it — but sail we must. And not drift, nor lie at anchor.’”

3. What is the biggest challenge facing the city at this time?

Russ Brown: “The greatest challenge facing The Dalles is the Dog River Pipeline. The Dalles cannot survive without that water source a good share of the year.”

Tiffany Prince: “I look at the city in a very positive place right now and it is only a matter of moving forward and improving it. city council needs to work together for the vision of the city — and personal attacks on anyone does nothing for improving the quality of life in The Dalles. I would bring civility and accountability to the table while dynamically participating in the discussions regarding the infrastructure of the city, its public safety, and projects that would benefit residents, while using public funds responsibly.”

4. How should the city deal with homelessness?

Russ Brown: “Until the people with all the money realize that helping the homeless be comfortable is doing nothing to solve the problem, there is little we can do. Too much money is spent to have people sitting at desks, rather than addressing the social problems that cause homelessness.”

Tiffany Prince: “This is more than a city issue; this is a federal, state, and city issue. The city alone will never be able to drive the response to this issue. The city will never have the money nor the resources necessary for facilities, mental health services, or employment opportunities for all of those who may be in need. I see the city’s main role to be public safety — it would be important to work with the police department and other stakeholders to alleviate the apprehension about transients living in this City.”

5. What do you think about how payments to the city and county from Google as part of a tax abatement program are distributed?

Russ Brown: “There will never be a right answer to that question, too many entities want a piece of the pie and the pie isn’t that big.”

Tiffany Prince: “Being an employee of Columbia Gorge Community College, I would have to recuse myself from voting on this issue to avoid any potential or perceived conflict of interest. The city and county are not the only districts being impacted by this tax abatement: the school district, fire district, and parks and recreation (to name a few) are all losing potential revenue that can improve their operations. Without voting, I hope to at least be a voice of reason during this discussion.”

6. What is the strongest skill you would bring to the council table?

Russ Brown: “My background in paving and underground utilities is my area of expertise. I’m hopeful I will be able to help establish stable funding and better policies for street maintenance, and change the way we do that maintenance.”

Tiffany Prince: “The ability to run an effective, focused, and on-task public meetings and all of the knowledge required in doing so. Of additional importance, I would actively listen to the differing points of view and be open minded to hearing any contrasting opinions (from citizens and council members), with no preconceived agendas.”