TD skiers trying to finish strong ahead of state 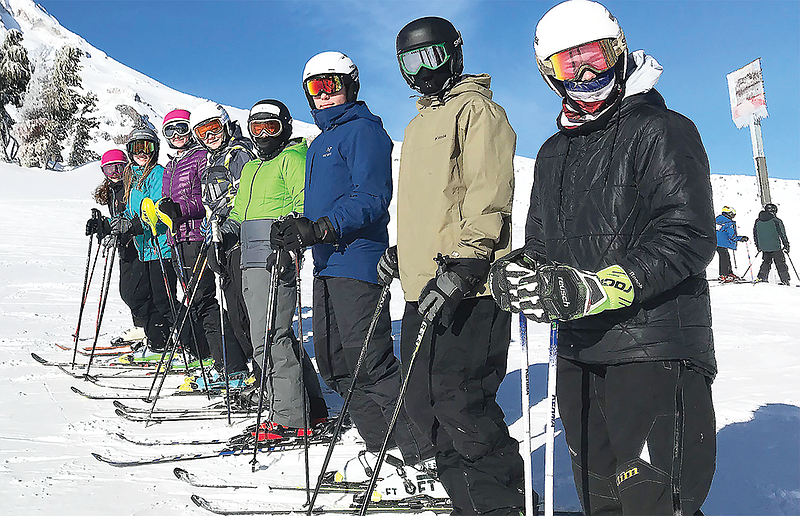 The Dalles ski team struggled a bit last Saturday during slalom action on the Ski Bowl Course, but the group has nearly a month to fix a few fundamental aspects before state on Mar. 6-8.

Four of the seven skiers had two-run marks and both the boys and girls teams did not accumulate enough completed times in a varsity meet at Mount Hood Meadows.

“Overall, it was a tough day for The Dalles as a team,” TD head coach Dane Klindt said. “I’m looking forward to next week and after to show the league what our Dalles athletes can do.”

Following failed opening runs, Ethan Martin and Rowan Simpson were able to lock in second-run times, with Martin posting a 58.70 and Simpson crossing the finish line in 1:04.46.

Senior standout Petra Van Kessel-Ervin opened up in promising fashion with a 58.35, which placed her 15th in the field, just a shade below 18 seconds in back of first place.

She ran into trouble on her second run, however, and was tagged with a Did Not Finish.

“Petra had a great first run, but hooked a tip on the second one,” Klindt said. “Hannah continued to show she is on the verge of breaking out and showing the league what she’s got. Ashley also showed great improvement.”

The Hood River Valley duo of Josie Peterson and Erica Anderson were 1-2 in the individual standings, with Peterson finishing with a 1:21.65, while Anderson ended up 1.77 seconds off the pace at 1:23.42.

With Peterson, Anderson and Paris Nunn (1:33.58) taking charge, Hood River Valley rose to the top of the standings with their 4:18.65.

Paul Capek did not complete either of his attempts and Cooper Klindt was sitting in sixth place after an opening run of 1:09.08, but he could not complete the second try.

“Lucy continues to show great promise for next year,” Klindt said. “Paul and Cooper had one good run each and both hooked tips on their second ones “Henry still shows consistency as an up-and-coming TDHS racer for the future.”

After this weekend, The Dalles has one final event at 10 a.m. on Feb. 23 on the Reynolds Run at Ski Bowl.